A part of a noble mission at the AEPW Board Meeting 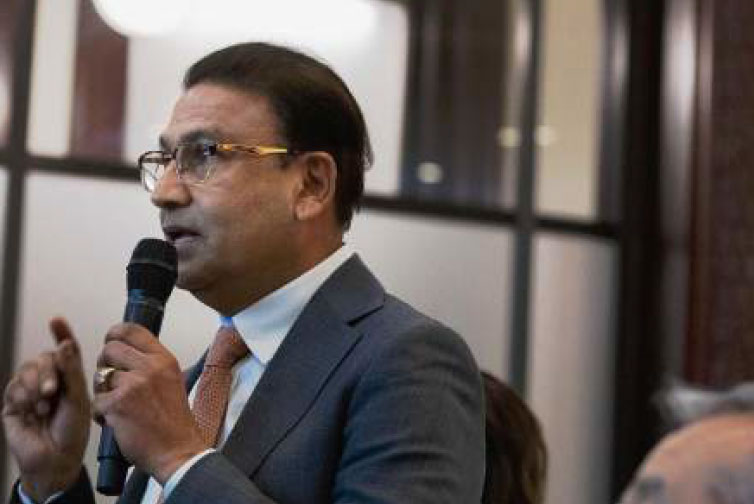 Lessening plastic consumption and plastic waste leads to reduced greenhouse gas emissions and contributes heavily towards climate changes. Launched in January 2019 with 27 founding members, the Alliance to End Plastic Waste (AEPW) is an initiative that has partnered with companies around the world to help end plastic waste in the environment.

Being a member of this august Alliance Board, our Chairman Mr. Surendra Patawari was invited to the All-Summit Leadership event - All Investors Day held on December 1, 2021.

In fact, he had the privilege of commencing the Board Meeting with his speech on the following day at the New York Stock Exchange, United States of America. As part of his inspiring and educative discourse, he mentioned that the Plastic Recycling business presents an “extraordinary arbitrage opportunity to the investors”. The statement was obviously based on his expertise in the industry spanning over three decades now as well as his experience garnered from collecting scrap from over 500 locations across more than 60 countries every month.

Needless to say, this meeting was graced by several other industry stalwarts such as Mr. David Taylor of P&G, Mr. Halsey M. Cook of Milliken & Company, Mr. Jim Andrew from PepsiCo and Mr. Jim Fitterling of DOW.

As per global figures, there is about 8.3 billion tonnes of plastic in the world currently - approximately 6.3 billion tonnes of which is trash. By bringing together the entire plastics value chain, the Alliance intends to apply the expertise of each sector, the collective reach of companies globally and insights from those that operate in the regions where the challenge is the greatest. Together, all the discerning members have forged a global vision and a comprehensive strategy focusing on:

King’s Day Event at the Belgium Consulate COP27 United Nations Climate Change Conference Pre-COP27 Reception Meeting AEPW Board Meeting, New York Stock Exchange AEPW CEO Roundtable: Creating A Circular Plastics Economy for India
We use cookies on our website to give you the most relevant experience by remembering your preferences and repeat visits. By clicking “Accept All”, you consent to the use of ALL the cookies. However, you may visit "Cookie Settings" to provide a controlled consent.
Cookie SettingsAccept All
Manage consent

This website uses cookies to improve your experience while you navigate through the website. Out of these, the cookies that are categorized as necessary are stored on your browser as they are essential for the working of basic functionalities of the website. We also use third-party cookies that help us analyze and understand how you use this website. These cookies will be stored in your browser only with your consent. You also have the option to opt-out of these cookies. But opting out of some of these cookies may affect your browsing experience.
Necessary Always Enabled
Necessary cookies are absolutely essential for the website to function properly. These cookies ensure basic functionalities and security features of the website, anonymously.
Functional
Functional cookies help to perform certain functionalities like sharing the content of the website on social media platforms, collect feedbacks, and other third-party features.
Performance
Performance cookies are used to understand and analyze the key performance indexes of the website which helps in delivering a better user experience for the visitors.
Analytics
Analytical cookies are used to understand how visitors interact with the website. These cookies help provide information on metrics the number of visitors, bounce rate, traffic source, etc.
Advertisement
Advertisement cookies are used to provide visitors with relevant ads and marketing campaigns. These cookies track visitors across websites and collect information to provide customized ads.
Others
Other uncategorized cookies are those that are being analyzed and have not been classified into a category as yet.
SAVE & ACCEPT